I’ve never seen tortillas that weren’t sold in a plastic bag. So I finally learned how to make them from scratch. Turns out they’re really easy to make! Here are the ingredients you need: 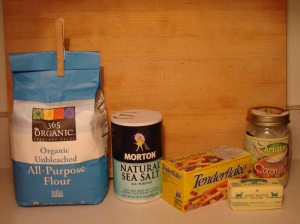 Add the lard and coconut oil. Using a pastry blender, cut the fat into the flour until the mixture resemble coarse crumbs. 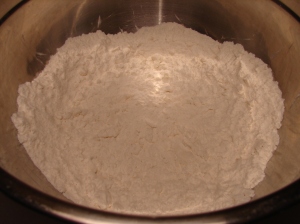 Add the water. Mix until incorporate into a ball. Knead a few times. 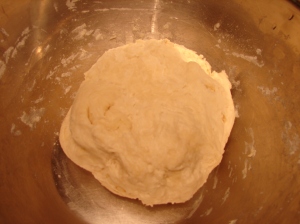 Place the dough on a floured surface and divide into 12 pieces. Cover and let rest for 30 minutes. 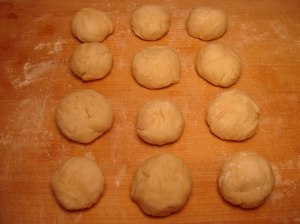 Roll out each piece of dough to about 1/16 inch thickness. 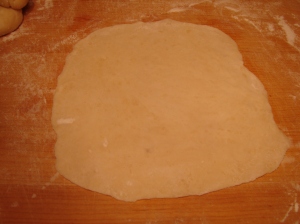 Put a skillet over medium heat. Cook each side for about 30 seconds. 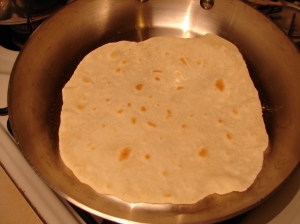 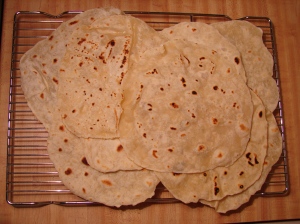