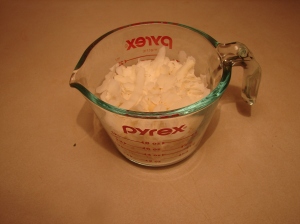 Put the dried coconut and the water in a blender. Blend for a couple minutes on high. Strain and put in a container in the fridge. I used an old pasta sauce jar. 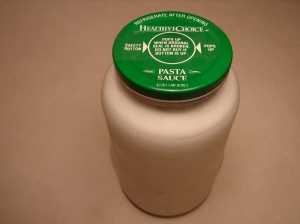 See? Easy! It’s even easier to make than almond milk, and that’s pretty easy too. It tastes good on its own, but you want a dairy free version of chocolate milk, try adding some chocolate syrup to it. Enjoy!